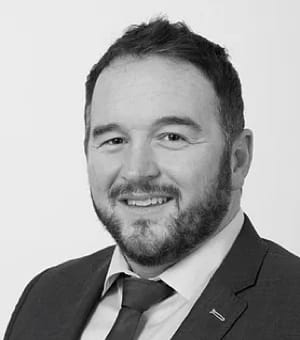 Once a much sought-after striker, Lee played for ten clubs and in all four English divisions as well the Scottish League during a ten-year career in the game.

Although born in Middlesbrough, he started out at Leeds United as part of a golden generation that included future England internationals Jonathan Woodgate, Paul Robinson and Alan Smith.

Himself an England youth international, Lee made his Premier League debut at the age of just 18 when he replaced Dutch legend Jimmy Floyd Hasselbaink in United’s 2-0 win at Crystal Palace.

Bristol City paid £100,000 for his signature in 2001 after a successful loan spell. His time at Ashton Gate was disrupted by injuries and he moved on to Port Vale in 2004, scoring 12 goals in only 20 games in his first season with the club.

Lee ended his career with spells at Crewe and Livingston, before retiring through injury at the age of 28.

He then set up Sports Management International along with his business partner Mark Obern and has since become one of the most respected agents and intermediaries in the game.

The esteem in which he is held by those who know him is evidenced by the number of former team-mates who trust Lee to handle their affairs.

“I had an ambition to become an agent from an early stage in my career and I made it my mission to learn everything I could about what was involved,” says Lee.

“Having played alongside so many players during my time in the game, I understand what makes them tick and what they really need from their management.

“I try to put the lessons I have learned into action every day and do the best job for my clients that I possibly can.”