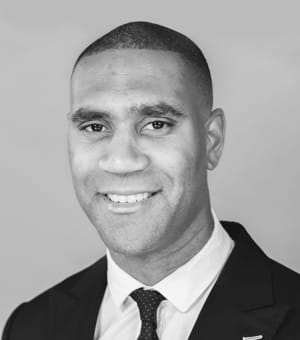 A veteran of well over 300 league appearances, Leon is our man responsible for spotting talent in London and the South East.

A strapping 6ft 2ins striker, Leon started out in non-league with Edgware Town before being snapped up by Millwall at the relatively advanced age of 22.

He moved on to Southend United and hit the headlines by scoring 25 goals in 53 games in his only season at Roots Hall, helping the club reach the Football League Trophy final at the Millennium Stadium.

Peterborough United won the race for his signature before he joined Torquay United in a club record deal worth up to £100,000.

A transfer to Port Vale followed, where Leon hit 27 goals in all competitions in his first full season and a total of 38 goals in 18 months at the club.

His form earned a move to Leeds United but injuries blighted his time at Elland Road. He later spent spells with Northampton, Hereford and York City before ending his career back in non-league football.

Leon started taking his coaching badges long before he finally hung up his boots.

His qualifications and wealth of experience made him a natural fit for a role with Sports Management International and we were delighted to recruit him.

“Coming from inner London myself, I know there can be so many distractions and outside activities that can affect young players as they’re growing up,” says Leon.

“It’s really important to spot talent at an early age and then to guide and nurture boys and give them the advice they’ll need to fulfil their potential in the game.

“Kids who’ve been brought up in London can sometimes have a certain mentality and attitude that can come across in a negative way when they go to play for a club up north.

“They’ve got the talent but it can affect the way they deal with relationships with managers and teammates.

“Having had the career I did and played with the players I played alongside, I can maybe help and guide these guys and give them more chance of developing a career in a game that can take them on an amazing journey.”